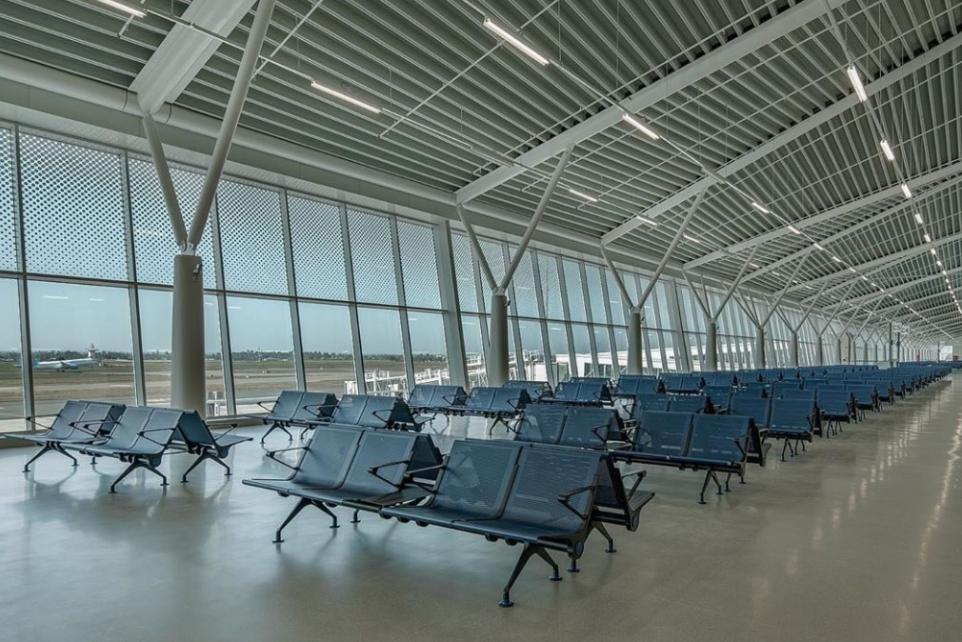 IMAT SEATS, INSTALLED AT ONE OF THE MOST MODERN AIRPORTS IN AFRICA

Only a few months after its opening, Terminal 3 of the Julius Nyerere International Airport in Dar es Salaam (Tanzania) has become one of the most modern airport terminals in Africa. With a capacity of 6 million passengers per year, this terminal is the first in East Africa to have a biometric system for facial recognition on arrival.

As far as seating is concerned, the airport has opted for IMAT's Master Net model, the metallic version of the Master seat series. Together with Bukoba, Dar es Salaam is the second airport in Tanzania counting on these seats.