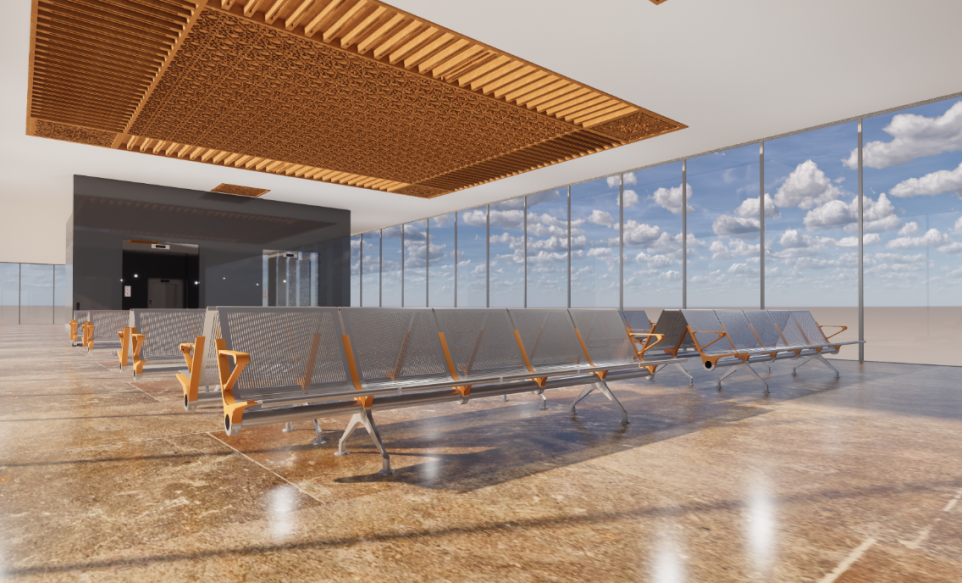 Rabat bus station, designed by the architect Fikri Benabdallah, has chosen IMAT's Master Net seats for its waiting areas. The station, which has a covered surface area of 21,617 m2 and 46 platforms, has been designed to relieve traffic congestion within the city and to reduce the rate of pollution. This modern project is part of the integrated development programme of the city of Rabat, known as the "City of Light of Rabat, Moroccan Capital of Culture".

In a combination of two colours, the Master Net seats have different configurations and have been equipped with floor fixing elements. The Master Net model thus arrives at its first bus station in Morocco, a country where IMAT has also recently installed seats at the airports of Marrakech, Casablanca and Guelmim.